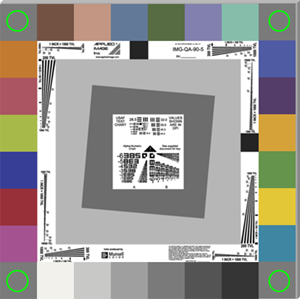 Identical gray patches Munsell #N5 (0.7 neutral density) are placed in the corners of the target to allow the maximum distance to be used to measure uniformity.  Uniformity is measured using a relative Delta E metric between these four patches.

The uniformity is measured using the following steps (between six (6) patch combinations): 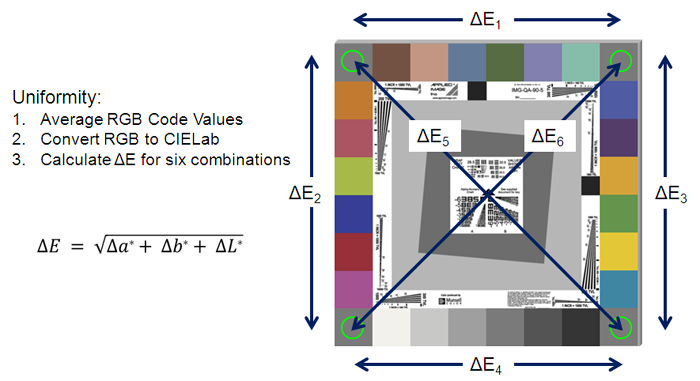 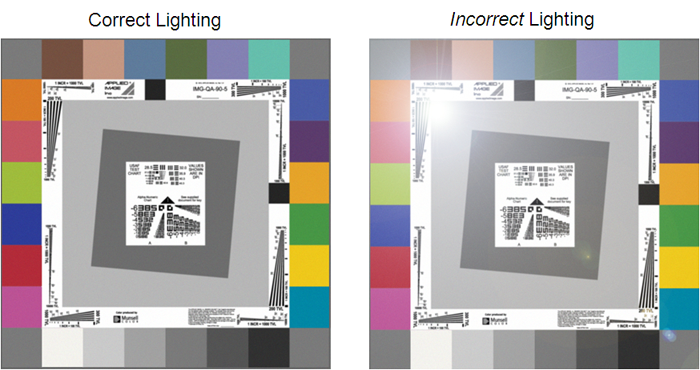 Light in the Upper Left quadrant results in large DeltaE values between it and the other three quadrants.

A single value is entered for the uniformity metric.  This value is used as the limit for all six combinations. 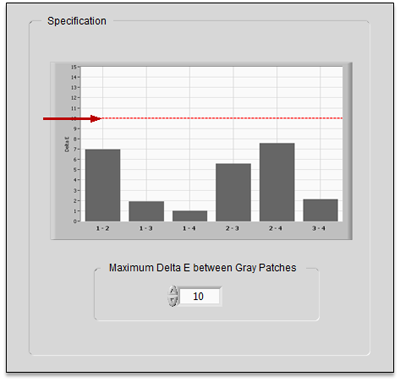