The Resolution of a camera system describes its ability to resolve detail in a scene. The diagrams below illustrate the improved detail quality of the image captured at 50 dots per inch (dpi). 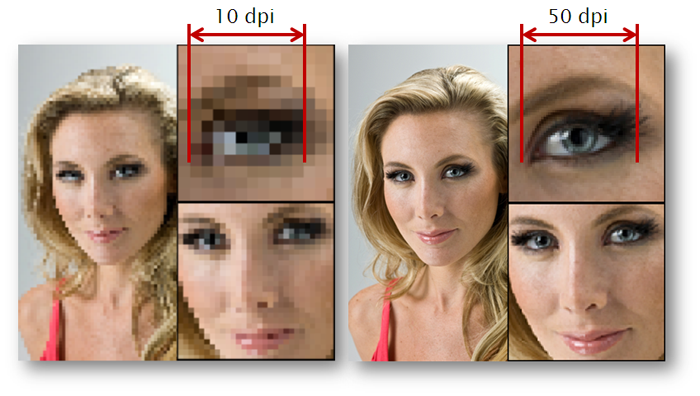 Traditionally, resolution has been evaluated visually using targets such as the USAF 1951 or Alpha-Numeric features as shown below. 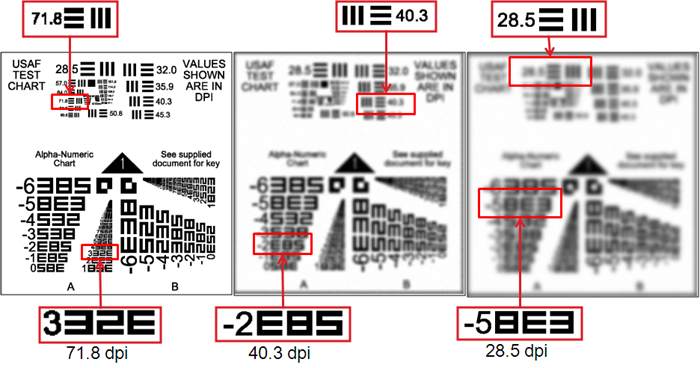 Visual evaluation has a number of disadvantages, including:

Imaging Gauge™ utilizes the “slanted-edge” technique described in ISO 12233 to allow computer-based evaluation of camera resolution.  The program first calculates the Spatial Frequency Response (SFR) of the system, and then extracts the Functional Resolution based on a specified discernment limit. The SFR curve calculates the amount of detail, expressed by the spatial frequency that is captured by an imaging system.  The amount of detail is expressed on the y-axis as a ratio of input to output amplitude of a signal.  If detail is fully captured by the system for a given frequency, the SFR amplitude is 1.  If no detail is captured (at very high frequencies), the SFR amplitude is zero. 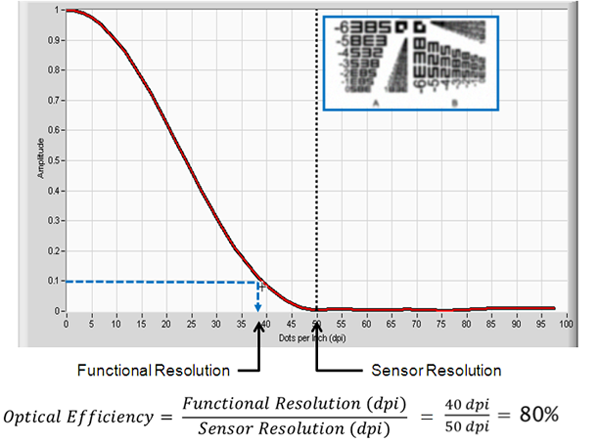 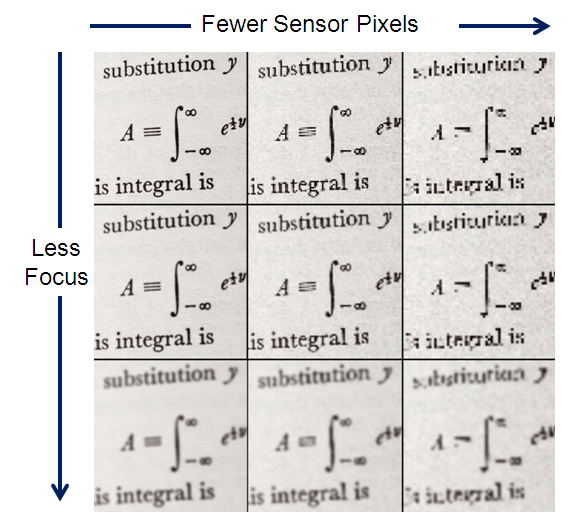